service in the Armed Forces of the United States of America.

When my father Sebastian A. Palazzolo initially enlisted in the army it was prior

to the US formally entering WWII and he was put in a cavalry unit. Once the US

entered the war my father was transferred to the 10th Armored “Tiger” Division,

Rhineland and most notably in Bastogne during the “Battle of the Bulge”.

My father’s was awarded the following medals: 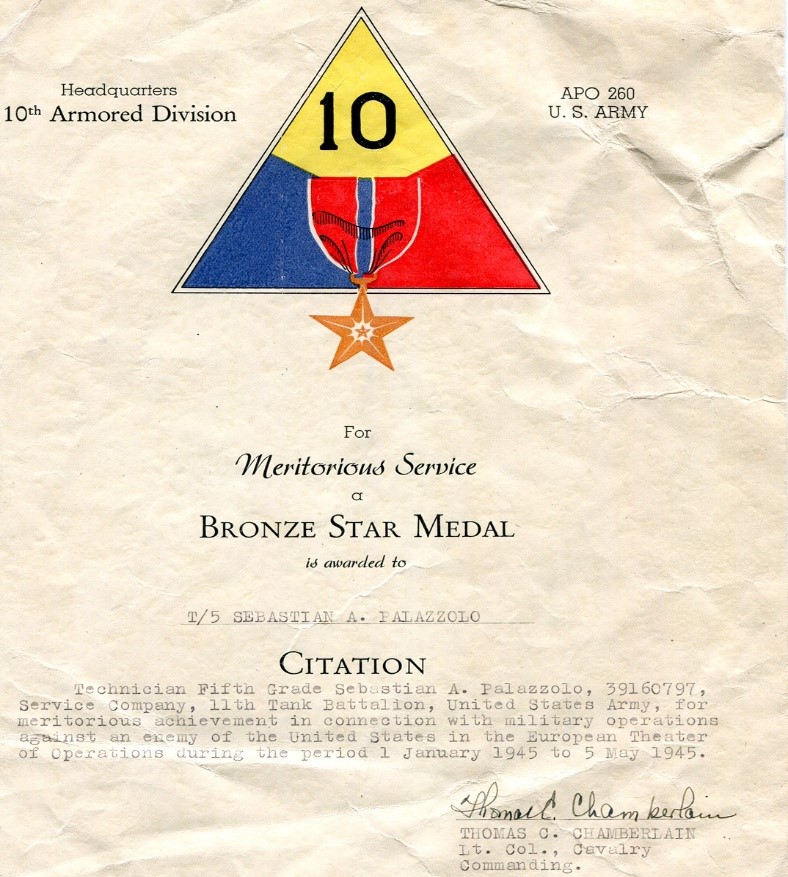 He was trained out of Ft. Benning Georgia. He reached the rank of T5, Tec-5

or also known as corporal or technical corporal.

September. The Division moved to Mars-la-Tour, where it entered combat,

2 November, in support of the  XX Corps, containing enemy troops in the

area. Later that month, the 10th participated in the capture of Metz. It was

the first time in 1500 years that the ancient fortress at Metz fell. After fierce

fighting, the 10th slammed into the vaunted Siegfried Line and led General 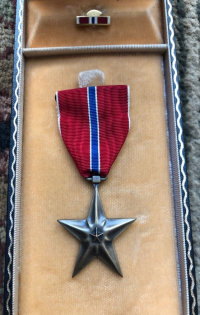 Germans had launched their Ardennes Offensive later called The Battle of the Bulge.

assault. Combat Command A moved 75 miles in a single day, directly into the

attack. The 10th assumed responsibility to protect Luxembourg and the Third

on respite in France; Combat Command B of the 10th Armored Division was

the only combat unit defending Bastogne at the time. For over eight hours CCB

held Bastogne alone, against eight German Divisions. When the 101 Airborne

Division arrived both military outfits were surrounded and trapped. However CCB

they smashed the vaunted German lines, and after 48 hours, the division blitzed

85 miles, overrun the Saar-Moselle Triangle, and reached the Saar River. The 10th

the 10th Armored Division to congratulate them on this remarkable achievement.

Total battle casualties 4,031. Total deaths in battle 784. At the conclusion of the

unit citation for their extra ordinary heroism during the Battle of the Bulge.

In addition, The 10th armored division was recognized as one of the first liberators

of German concentration camps including Dachau.